You are here: Home1 / Volvo 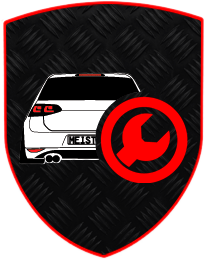 Meister Werks is the Renton Volvo repair and service company of choice for Volvo owners who care about performance. We specialize in European and import car repair, maintenance, and customization, and are dedicated to offering reliable, quality service and customer care, all at a fair price.

Our highly trained Renton Volvo repair mechanics can handle scheduled factory maintenance and other necessary adjustments to keep your Volvo operating at optimal performance levels. From alignments and oil changes to engine and transmission repair, our Volvo repair experts will use their knowledge and experience to keep your vehicle purring.

If your Volvo starts making a strange sound or you notice the check engine light or DTC codes, it may be time to let a Renton Volvo repair professional take a look at it to see what’s wrong. Keeping up with regularly scheduled service on your vehicle and checking for problems before they become catastrophic can save you thousands of dollars in repairs in the long run.

At Meister Werks, we offer professional Volvo service and repair on all makes and models of Volvo. Our Volvo repair mechanics are professionally trained to work on most European made cars, including Volvo, and have decades of combined experience to back it up.

We are eager to be your Volvo repair and service shop of choice, so contact us today and experience the highest level of customer care for yourself. Honesty and a fair price make up the foundation of our business philosophy. We always charge a fair price for our work and never try to up-sell our customers on parts and repair they don’t need.

Preventative maintenance is the key to maintaining the performance of your Volvo. Factory recommended service also prevents minor problems from becoming major catastrophes that leave you stranded on the side of the road.

From routine oil changes to alignments, our Renton Volvo repair mechanics will keep your vehicle operating at peak performance. We offer a 100-point inspection that can pinpoint problems, so you don’t have to worry when you’re behind the wheel.

When you bring your Volvo into our shop for service and repair, you save considerably when compared to the dealership. We also offer more personalized attention and care, and will provide you with an up-front estimate so there aren’t any surprises.

We’ve earned the trust of Volvo owners in Renton, and we are ready to earn yours. Keep your automobile running like the first day you drove it by scheduling your own 100-point checkup today. Our mechanics will check your tire pressure, top off your fluids, and make sure there aren’t any hidden issues with your Volvo, for only $95.

Sometimes, even a Volvo will break down. If your automobile starts making a strange noise, don’t wait to bring it in for an inspection. Even small problems can turn into major repairs, if ignored. The quicker our mechanics can take a look at your Volvo, the better our chance of keeping the cost and scope of the repair to a Volvomum.

We Handle All Manner Of Volvo Repairs

Even the finest Volvo will occasionally need repair. If you have a problem with yours, we can get you back on the road in no time. We install only factory-recommended parts according to Volvo’ stringent specifications, ensuring the performance and lifespan of your car.

Our mechanics are fully trained to repair Volvo automobiles, and the experience required to apply that knowledge.

Whenever you bring your Volvo into our shop for repair, our Renton Volvo repair mechanics will thoroughly inspect the rest of your vehicle to make sure it’s running optimally. We handle Volvo repairs that include:

As a small family owned Renton business, we are able to offer better prices than the major dealerships while providing you with customer care that far surpasses that of larger shops. We know that you take a great deal of pride in your Volvo, so we treat your vehicle as if it were our own.

Contact our shop in Renton to schedule a free consultation about your Volvo and find out how we can turn into a true one-of-a-kind.

As European automobile enthusiasts, we love working on Volvo vehicles. We appreciate fine automobiles just as much as you do, which is why we treat every Volvo like it was our own. Everyone at our shop is dedicated to hard work, dependability, and maintaining the highest level of customer care.

We will treat you fairly when it comes to the price, do the job right the first time, and remain entirely honest in all of our business dealings. We’ve earned our reputation for a reason, so contact our Renton Volvo repair specialists today for your own free consultation.

In 1927, in Gothenburg, Sweden the first Swedish automobile named the Jacob rolled off the assembly line. The term Volvo translates from Latin into I roll.

The Volvo company was established by two men named Gustaf Larsson and Assar Gabrielsson with a background of safety and quality, which were both of particular importance. This concept still applies to the current Volvo automobiles.

The fledgling company produced both the cabriolet models with their new OV4 and PV4 four cylinder engines and the new closed top cabriolet models. Rather than simply withstanding the climate of the U.S., these were all designed to better withstand the harsh climate in Sweden. The Swedish symbol for iron, which is one of the characteristics of the heritage of Volvo that can still be seen on Volvo automobiles, is attached to a diagonal portion of metal.

In 1928, the six cylinder PV651 was launched, which was both longer and wider than the Jakob. Its success helped the Volvo company acquire its engine supplier and, by the end of 1931, purchase its first factory. This acquisition allowed the Volvo company to pay its first dividend to shareholders.

During the spring of 1932, the first production milestone of 10,000 Volvo automobiles was achieved. Before long, Volvo dealers were asking the Volvo company to produce a more inexpensive car that was more for the people. In 1936, this resulted in the introduction of the PV 51 model. In design, this model was like the more expensive PV36, although it was less well equipped and smaller in size.

The production of Volvo automobiles was restricted considerably by World War II. However, by late 1944, the Volvo company had launched one of its most significant automobiles, which was the first real small automobile manufactured by Volvo, which was the PV444. It was an immediate success as the result of its European size, American flair, and stylish design. Until the middle 1960s, the PV544 and the PV444 dominated Volvo production, and these would be the first models to gain Volvo a part of the important market in the United States since the 1950s.

In 1956, The Volvo 120, which was also known as the Amazon, was introduced, which was another popular Volvo production model. Accident protection and safety features were a primary factor in the design of this automobile, which was even enhanced further when both the PV544 and the Amazon were equipped with three-point safety belts in 1959. This was an innovation that was pioneered by a man named Nils Bohlin, who was the head of safety engineering for Volvo and the first of its kind in the world.

In 1956, the P1900, also known as the Sport, was launched as the first sports car produced by Volvo. However, in 1960, this sports car was replaced by the very successful P1800 after a short production run. The P1800 became famous with Roger Moore if the television series, The Saint, and was considered to have sleek coupe lines as well as being an excellent touring vehicle.

In Torslanda, Sweden, a new manufacturing facility was opened by the Volvo company by 1964. This production plant had the ability to produce and many as 200,000 automobiles each year.

Innovations in environmental care and safety continued apace with three way catalytic converters, side collision protection, rear-facing child seats, and crumple zones. All of these innovations were introduced between the late 1960’s and early 1970’s.

The Volvo 140 was replaced by the Volvo 240 range, which offered even higher levels of quality and safety. This model was joined by the smaller Volvo 340 models from Holland, which, by the end of the 1970’s, took Volvos sales beyond the four million mark.

In 1982, the Volvo 700 series brought the Volvo company closer to the exclusive market for high-quality, personalized automobiles. In the late 1980’s the Volvo 340 series replaced the Volvo 400. The Volvo 400 series which gained considerable respect its safety and road holding ability, in addition to its generous amount of interior and safety space.

During the summer of 1991, a completely different and new Volvo was introduced the world. The Volvo 850 was the first front wheel drive vehicle produced by Volvo that offered a transverse mounted five-cylinder engine. The automobile won many independent awards as the result of the combination of its high level of safety and real driving pleasure.

In 1993, the Volvo company was left as one of the few independent automobile manufactures as the proposed merger with Renault fell through in its final phases. This resulted in a change in the plans by the Volvo company an allowed the Volvo company to develop new dynamic product strategy with the introduction of the more rounded and sleek designs of the Volvo V40 and S40 in 1996.

Much the same as the Volvo C70 convertible and coupe e that were introduced later that same year, the VolvoV40 and S40 automobiles combined the conventional values of Volvo that included exciting engineering and design, sporty elegance, environmental care, as well as safety.

This site uses cookies. By continuing to browse the site, you are agreeing to our use of cookies.

We may request cookies to be set on your device. We use cookies to let us know when you visit our websites, how you interact with us, to enrich your user experience, and to customize your relationship with our website.

Click on the different category headings to find out more. You can also change some of your preferences. Note that blocking some types of cookies may impact your experience on our websites and the services we are able to offer.

These cookies are strictly necessary to provide you with services available through our website and to use some of its features.

Because these cookies are strictly necessary to deliver the website, refuseing them will have impact how our site functions. You always can block or delete cookies by changing your browser settings and force blocking all cookies on this website. But this will always prompt you to accept/refuse cookies when revisiting our site.

We fully respect if you want to refuse cookies but to avoid asking you again and again kindly allow us to store a cookie for that. You are free to opt out any time or opt in for other cookies to get a better experience. If you refuse cookies we will remove all set cookies in our domain.

We provide you with a list of stored cookies on your computer in our domain so you can check what we stored. Due to security reasons we are not able to show or modify cookies from other domains. You can check these in your browser security settings.

We also use different external services like Google Webfonts, Google Maps, and external Video providers. Since these providers may collect personal data like your IP address we allow you to block them here. Please be aware that this might heavily reduce the functionality and appearance of our site. Changes will take effect once you reload the page.